We had a chat with Adie DeCoursey, director of Adrian DeCoursey Associates, who gave us some useful insight into what successful leadership is, and the importance of developing followership.

WHAT ARE YOUR THOUGHTS ON LEADERSHIP?

The interesting thing about leaders and leadership is that being a leader isn’t necessarily job-title related. You can be a leader but not be the person in authority and that’s dictated by the quality of your interactions.

Embodying leadership is the key.

A lot of the time leaders will focus on the task at hand or the job that needs to be done. They’ll talk a lot about tasks and a lot about functions. And they’ll talk a lot about outcomes perhaps and KPIs without actually getting connected to the people they’re speaking with. For me, the most important thing as a leader is to manage the environment. Manage the state of the room. Manage the emotional state for themselves and for their colleagues. It’s an inside-to-out approach rather than just on the surface.

HOW CAN LEADERS COMMUNICATE MORE EFFECTIVELY?

What needs to be in place is an understanding of how do they need to be. For example what kind of mood they are in? What kind of demeanour should they be in before they even think about speaking to people? And what would be most useful for the people they’re speaking with to be in? Then it’s about being able to manage that dynamic.

We may tell ourselves we do things based on facts, data and information. We don’t, we do it based on how we feel.  One of the important things about being a leader is being able to develop followership. Having people willing to walk along with you and take your journey. This means being able to describe a vision that people can all see, aspire to and help them figure out steps to get them to their vision. And this is the emotional thing. This isn’t a logical thing.  People feel this in their gut, and they want to be part of something.

HOW CAN LEADERS MANAGE THEIR BUSINESSES BETTER?

Daniel Kahneman, the behavioural economist said, “nothing is as important as you think it is while you’re thinking it”. So when disasters, disappointments and travesties happen, rather than jumping straight in there, take a moment. Move from reacting to responding and responding means stop, breathe, think, ask questions, listen to the answers before you take your next step. That’s why I would say listen and pay attention. I think that’s the way to bring people with you. That’s a way of being a good leader.

TELL US ONE TIP FOR SUCCESSFUL LEADERSHIP.

Simon Sinek talks about ‘start with the why’. Michael Breen will say state, structure, content. It’s the emotional state that relates to stuff, that is the core of every interaction for successful communicators, and every successful leader. You can talk about leaders of salespeople or charity fundraisers or service deliverer, they all start with the emotional connectivity. And that’s what brings people along. After that, it doesn’t matter what you’re saying. It doesn’t matter what the stuff is, because you’ve got people.

Adie DeCoursey is a management consultant, leadership coach and organisational skills trainer with over 30 years professional experience. He is co-author of ‘ NLP for Executive and Professional Development’ and is director of Adrian DeCoursey Associates, a strategy and organisational development consultancy, and co-founder of Blaze, a learning and development consultancy. His past roles have included marketing director for the London Sustainability Exchange, deputy chief executive of Divert, culture and change director for KGB Services and non-executive director of the Centre for Media Transparency. When not doing all that, he’s sometimes a quiz master. 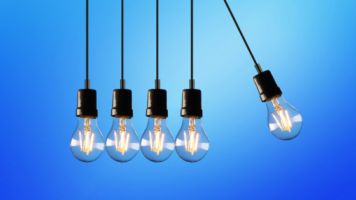 Why personal impact is important 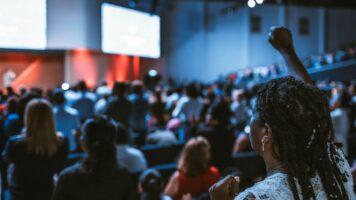 How to Speak with Conviction 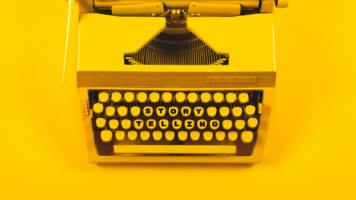