We caught up with Joy Grimshaw, CEO of The Bridge UK, to learn more about her entrepreneurial journey and the team at The Bridge, an inspiring charity supporting women since 1932 by reducing inequalities in health and wellbeing.

How do you approach Leadership?

We are a complex organisation. Four businesses and a charity all within my brief. Bringing in people from health and fitness, admin and the charity side altogether – they come from everywhere – not just from the Charity Specialists. You get some good thinking that way.

It begins with choosing the right people to join the team – for me that’s a good mix of different characters bringing different things to the team. Also I like to give them responsibility and let them develop things in the way they want rather than prescribing the way I think it should be. I probably push people in the deep end and for most people that works –  I think. We also have meetings – we throw ideas around – ideas for new projects.

I have seen that you are hands-on and like to lead by example. Could you tell us more about this?

Leading by example – that became really crucial to me in one of my first management jobs. I ran the marketing department at the City Lit. For my staff there was a job they really resisted – manoeuvring a big contraption for video –  I thought I’ll do it! By doing it I found what an awful job it was and understood their resistance – It enabled me to look at it another way.  You’ve got to understand a job and what it involves including all the nasty bits.

I think things have to be a shared responsibility – knowing somebody’s job whilst saying I’m not too big to do this either. It shows them that I don’t see myself as any more important than they are – because I’m not! I couldn’t function without the receptionists. I have a lot of respect for their roles – I hope they know that.

Success? It’s the charity side of my job rather than the business side. We have had some remarkable growth successes within different bits of the business.

The biggest success is a group of people we have been working with for about a year –  getting lots of different people involved, the café staff, the Gym team and the admin team. Many of whom have grown in their roles.  You should have seen people in the project a year ago.  They were so closed off– but if you saw them now they are open, they are laughing – some times they can be down as we have bipolar people –  but its working! I can see a remarkable change.  It’s the thing I’m proudest of. We grow people here – people sitting out in the office in the main have started off on reception and one is my deputy now!

What are your Leadership tips?

Don’t react immediately if something doesn’t gel with you personally – listen, think about it, explore it. Know what you are expecting of people,  know that it’s achievable and give people a chance to shine and grow because then they really get into their roles. If they see they can take something and make something with it, you have got them hooked and they go on to do great things. I’ve got reception staff who are now running and facilitating programmes.

What makes you resilient?

I’m a Northerner – I grew up tough. I’m pretty determined – sometimes. It’s taken me a long time to achieve what I have. I have a really strong self-belief – I believe I can do anything! I’m not earning vast amounts of money or have always been happy with the jobs that I’ve done. Not even this one – At this moment in time it’s brilliant.  I have good people behind me, a brilliant board of trustees  – I’ve got a first-class team. What more would you want!

Joy Grimshaw is the CEO of The Bridge. They are working to reduce inequalities in health and well-being by supporting women to make healthy life choices. If you would like to learn more about their inspiring charity, contact them here.

Why we Offer Single-Gender Programmes 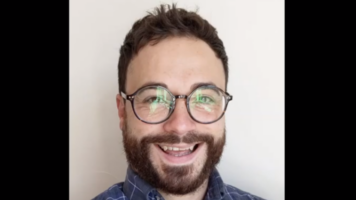 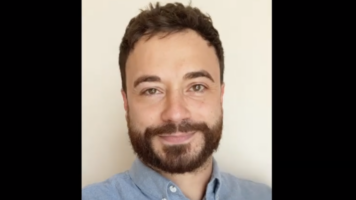