According to the Cambridge English dictionary resilience can be defined as “the ability to be happy, successful etc. again after something bad or difficult has happened.”

With all the events of this year no one has been able to escape being resilient either personally or professionally. With seismic events ranging from a global pandemic to the UK withdrawing from the EU this year is proving to be the most challenging in recent history.

But with such chaos we have also found ourselves with no choice other than to be resilient. In order to survive and even thrive many of us have had to make sweeping changes and draw upon an inner strength that has somehow been unlocked by great adversity.

Resilience is often seen as an intangible and stoic trait, someone prepared to roll their sleeves up and push through no matter what. But what if we began to look at resilience through the lens of our observable behaviours? How can we exhibit resilience, instil it in others, and even demonstrate it when our determination wanes?

Actors know that we can only interpret a character through the behaviours we physically observe – and that this isn’t always related to how you might feel internally. Simply put we can demonstrate resilience through a number of external factors that we might not normally consider.

These are now the questions we should be asking as we look to drive businesses into a successful future.

Keeping work and personal lives separate is for most an ideal but often unrealistic goal. Our worlds have been affected monumentally and showing resilience in one area of our life can absolutely have a positive effect on the other.

Showing resilience as a parent

Having just become a father for the first time I had to demonstrate resilience at the weekend, when I was tasked with looking after my son for the first time without his mother. As a novice to fatherhood there was some trepidation around the event, and this was compounded when my son continued to work himself up over the first hour.

At one stage I almost caved and called in for support. But determined not to express my internal energy I chose to show him the behaviours that I wanted to, calm, in control, resilient to the stress. Shortly after, he was asleep, and with a big sigh of relief I reflected on the turning point, outcomes are often on small margins decided and I can honestly say that getting him to sleep soundly was one of my greatest achievements!

A leader in business will often be familiar with the idea of resilience and overcoming adversity, but now we are leaders in our own right, kicking back at the troubled world and defying the odds around us.

Be sure to demonstrate your passion and fire through your observable behaviours and the actions you take. It’s infectious to all around you and will might just turn this year on it’s head! 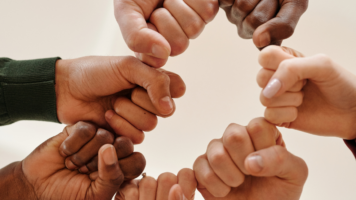 How to build trust in business relationships 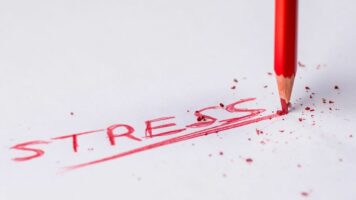 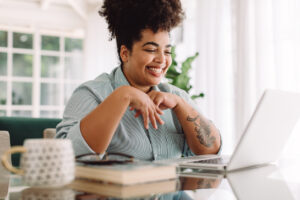